Yesterday the curfew was eased in the BVIs. We're now allowed out between 6am and 1pm, with only essential shops open. During the past week we managed to both make and receive an online food delivery - no mean feat! Which meant that we only had to make a dash for green stuff in the supermarket.

We'd been held up by a lack of methylated spirits for our alcohol stove. The prospect of 20+ days at sea with limited or no cooking really didn't appeal. Burning the rum was considered - but there are better ways to warm up with a bottle of rum than burning it! So we waited and hoped that the curfew would be lifted. Fortunately for us we took delivery of 15l of stove fuel yesterday afternoon - which should be enough to see us home and far beyond.

We hope to leave at sometime on Wednesday (tomorrow) afternoon. As always there are a few jobs to do before we can leave. A trip to the laundrette, rig check, fill the water tanks, get the cabin into passage mode, and call the police to get a curfew pass. There is a ban on any private boat movements - we'd rather not get arrested trying to leave.

The weather has been looking more and more helpful with each forecast this week - so we're hoping that this trend will continue and we'll have a 15-20 knot beam reach all the way home... It's good to dream!

We're heading for the Azores, in Horta we'll be allowed to anchor in the protection of the breakwater and also take on provisions, water, and fuel. Although we'll no be allowed off the boat. The famous sailors cafe, Peter Cafe Sport, have switched modes they are now re-provisioning yachts and offering takeaway meals. We're debating pizza or burger and chips as a first meal in, or maybe lasagne?

From the Azores we're still weighing up the options, around the top of Scotland or through the channel. We're assuming that we won't be able to stop in the UK or Ireland and want to make it back to Stavanger as soon as possible. The top route puts us in the path of Atlantic lows, but offers secluded anchorages out of the way. We'd be able to wait out any nasty blows. Through the channel there should be better weather, but fewer safe anchorages we could use. We'd rather not have to lock into a port or marina if we can help it. If there is anything more futile than second guessing the weather 5 week away, it's second guessing various countries responses to this crisis. Either way we'll have something to talk about - and after 30 consecutive days on a boat already anything new to talk about is welcome.

So, that's our plans. Seeing as we'll be at sea for 17th May, an early "Gratulerer med Dagen" to all our Norwegian friends. 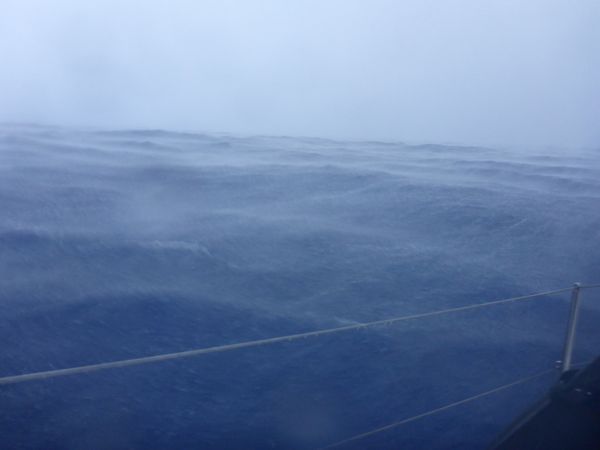 Predeparture:After over 4 weeks of lockdown on the boat, sitting on a mooring buoy in Fat Hog Bay, the curfew was finally eased a little on 27th April. We had been able 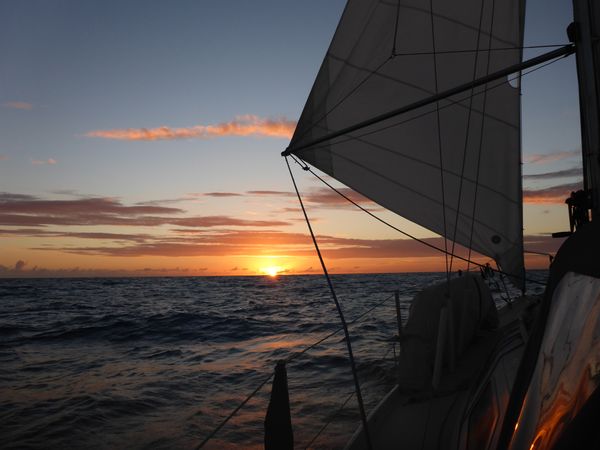 After vowing to come back to Dominica we set off for Guadeloupe as the sun was rising over the mountains of Dominica. Our destination Deshaies, or better known to some as Honoré on